Back to Eden: Pumpkin Pie 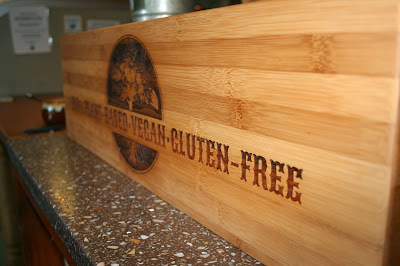 I took a first bite of the pumpkin pie and the only stuff I could get to was the cream, so I took a bite of the cream and it was wonderful, divine, beautiful. 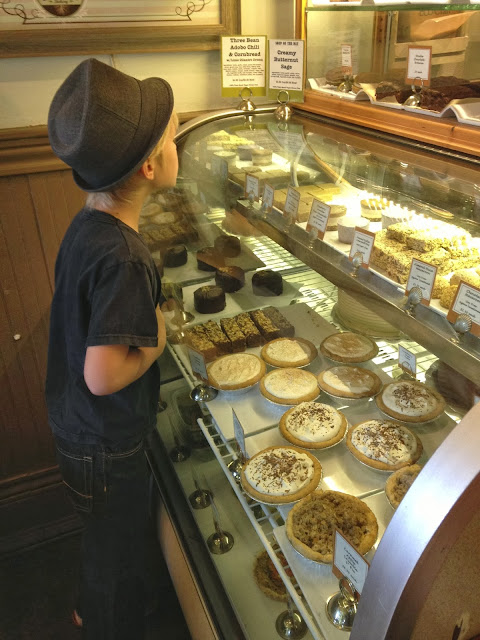 so many yummy looking things, hard to make a decision! 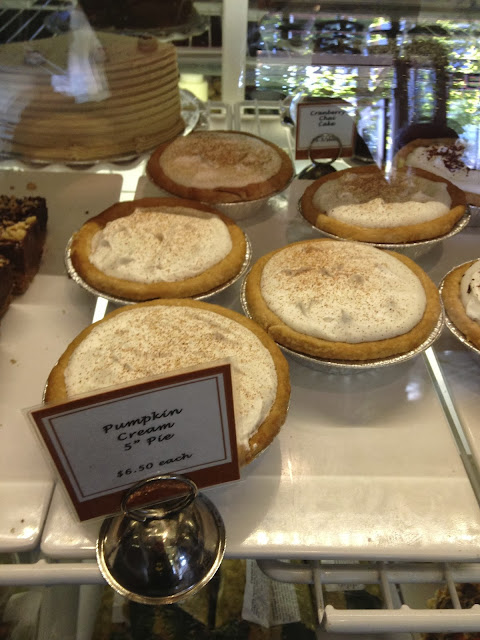 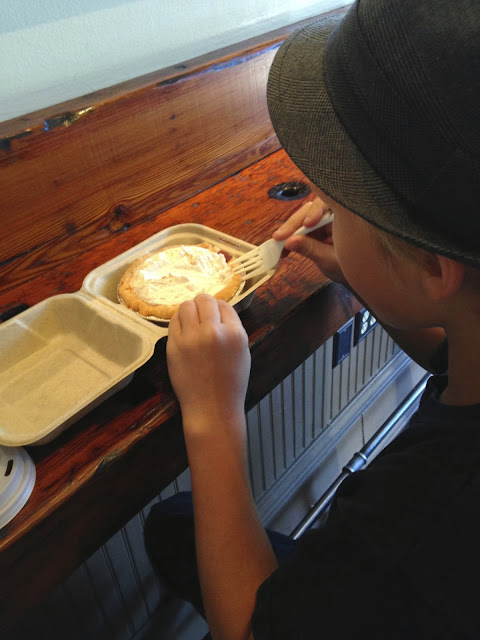 I saved the rest until I got home and can get a crack at the crust. Now that I've had the crust, I would say it's a little hard, but pretty good! 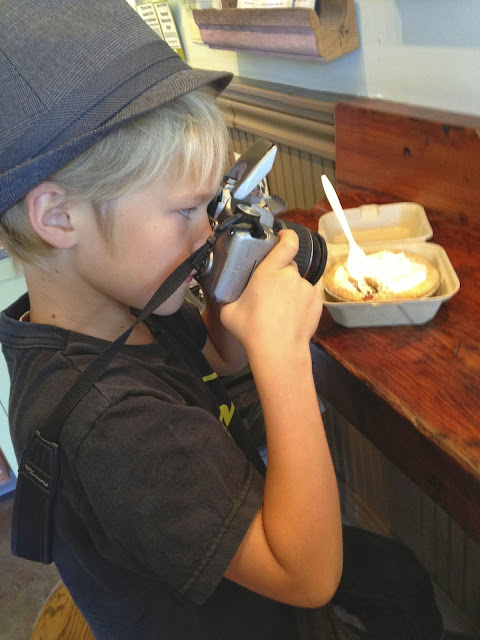 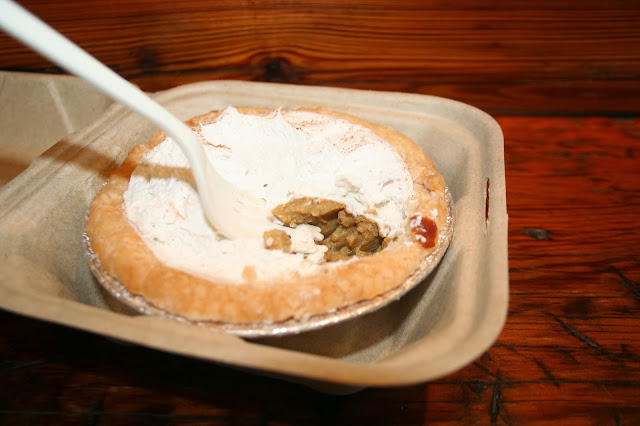 I went to order my pie and I wanted to give her my business card and I was really nervous, I don't feel that brave. But when I gave her my card, she was very excited that I have my own blog, so then I felt proud.
Posted by Atticus at 6:56 PM